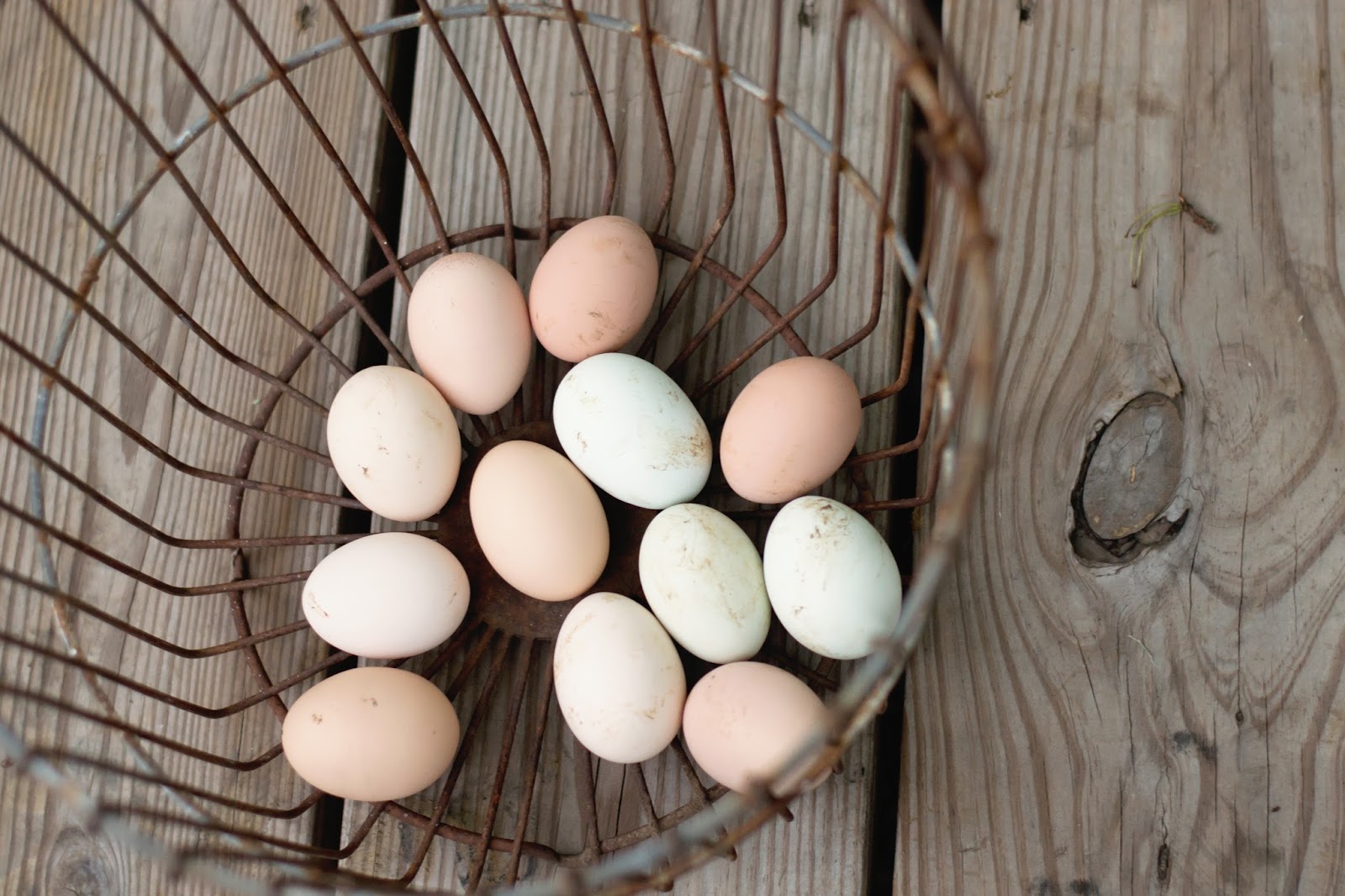 I was sitting with my grandmother a few weeks back, and because of the simple fact that we own small livestock, she is always asking how the chickens are…any new rabbit babies…how about the bear, is he back? I always chuckle, because it seems to be the first thing she brings up when I walk through the door. She’ll proceed to tell me about raising quail, chickens, her mama whacking chickens over the head and sticking them in the pot for dinner. She’ll tell me about her daddy getting attacked by a bob-cat when he went to close the animals up one night. Or how they lived simply—though, it was normal for them back then. It wasn’t called “simple living” or anything like that. However, she will often refer to her home where she grew up as “the ol’ homestead”. 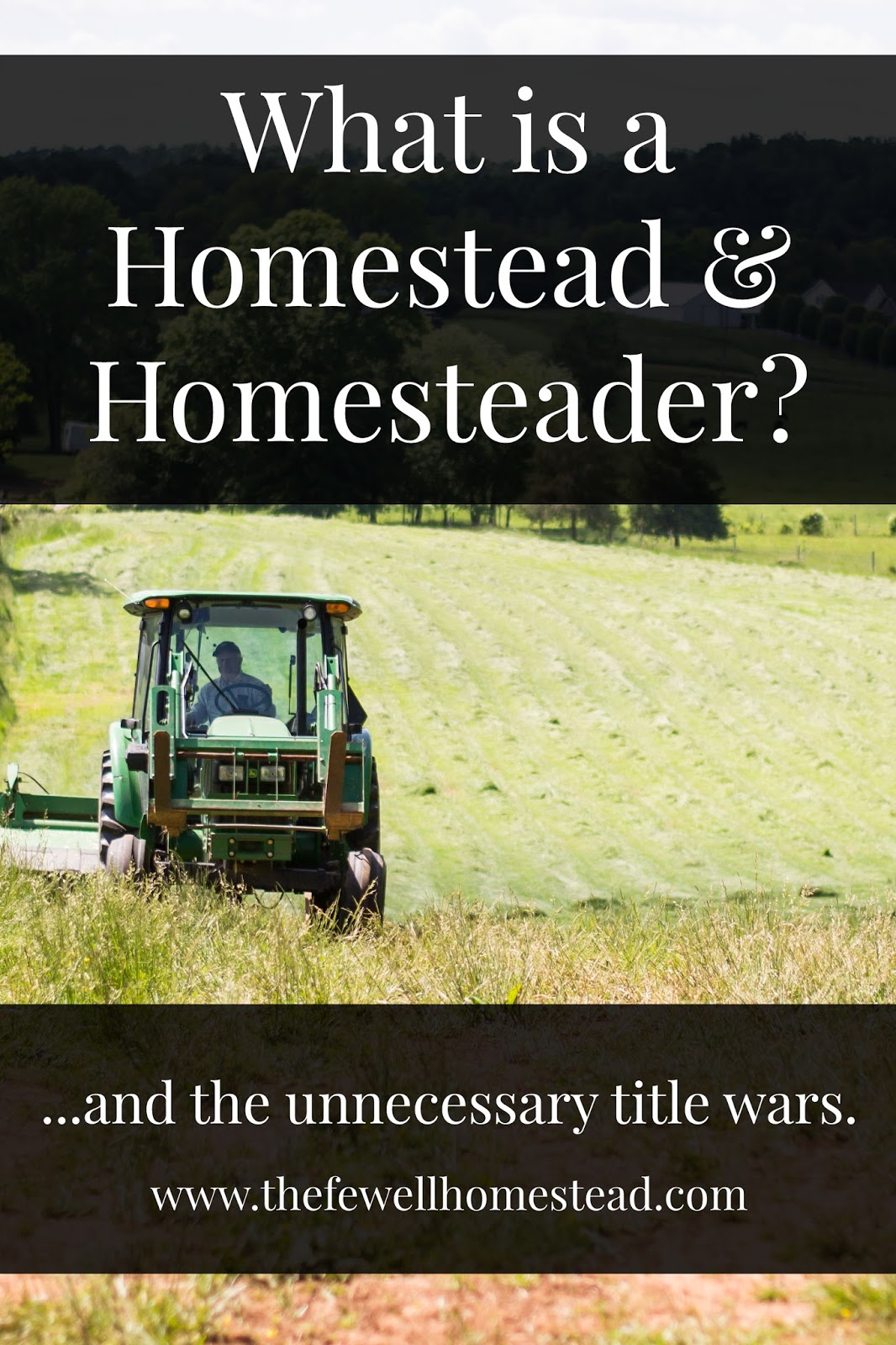 Homestead: a house, especially a farmhouse, and outbuildings. 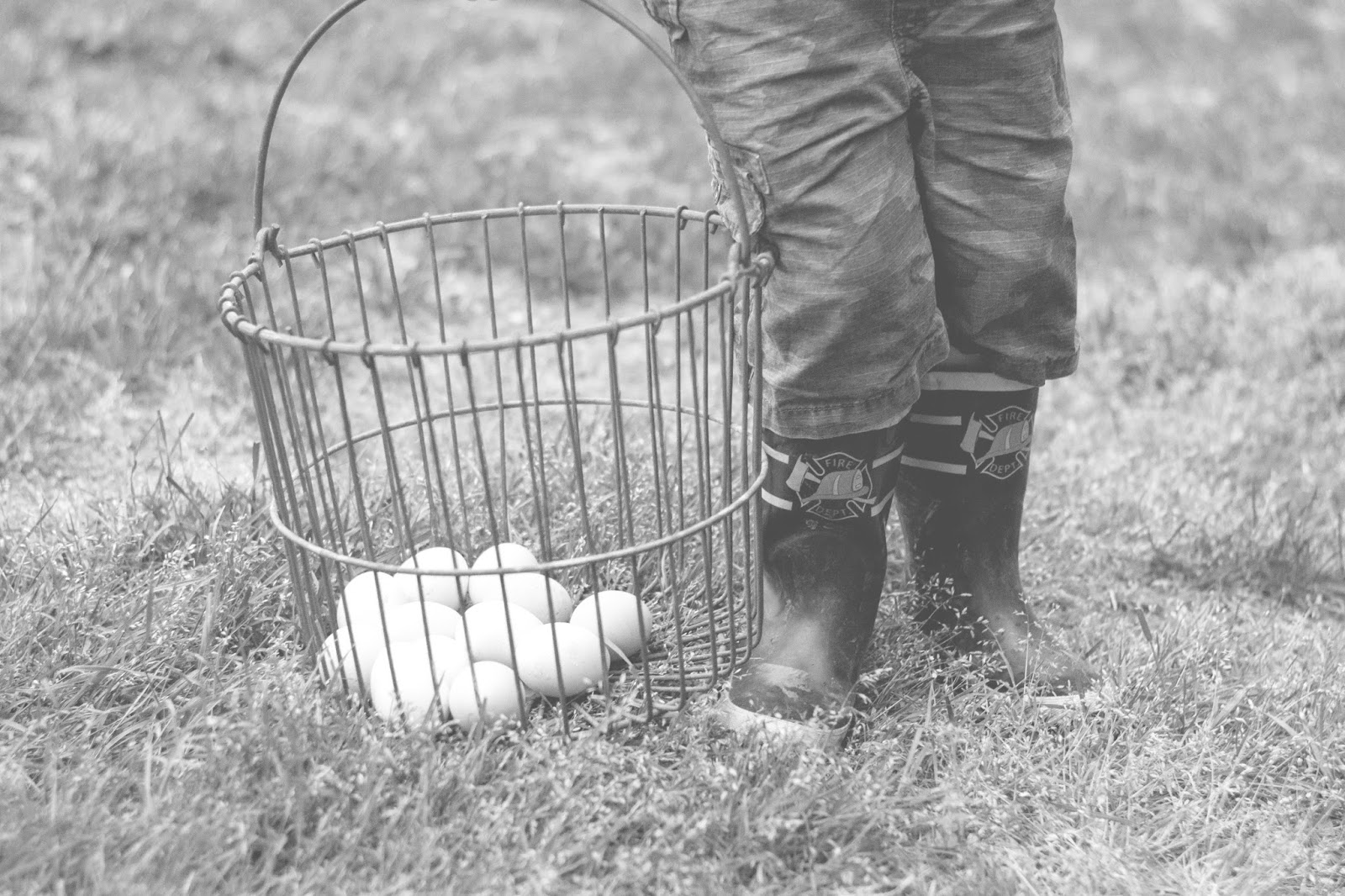 My grandparents are in their ’80s, and they’ve always had old souls. Whenever I hear my grandma talk about “the ol’ homestead”, I never hear mention of a cow. My grandfather was raised on a cattle farm, and still raises them to this day. Two drastically different properties, yet, they were both homesteading souls. I never heard her mention of how much or how little they did—with the exception of those “I had to walk to school in 20 ft of snow” stories. Why? Because they just did it. They didn’t have an audience. They didn’t have google ads to bring in money off YouTube videos. They didn’t have Facebook to brag about how hard they worked that day or how much they are doing on their homestead. They didn’t have cell phones or tv’s or anything like that. They actually lived a simple life because that’s just what they did. Many times, never having a choice.
In today’s modern society and homesteading community, we often like to define labels and titles. When in reality, the people who grew up submerged in the environment of farming and homesteading, they don’t really give a rats you know what about titles and labels. They are what they are, and what they’ve always been. When you question them, they kind of give you a blank stare and just move along. There’s no time to fight about useless titles. But rest assure, they will laugh at you later. It’s all harmless, but honestly, people who live it just don’t understand all the hype.
I recently read a post by A Farmish Kind of Life, and it truly hit home and inspired me to remember my roots. It’s something I talk about often, and the only people who ever agree with me or can sympathize with me are the people who actually live this life on a regular basis and grew up around it.
I saw this same post on another friend’s FB page, with a comment beneath it that said,

“I think people that don’t grow up in this environment are the ones that think about the hardships and the work…where those who have been around it our whole lives just view it as our normal life with no defining title attached.”

There is so much truth in that little sentence. I would even take it a step farther and say that we do understand the hard work, most certainly, but we simply don’t glorify it. Actually, I understand the hard work, and I didn’t even really do it as a child. I watched, I participated when I was needed in the Summer months, or that time when my Uncle taught me how to drive a tractor when he collected hay bales before a Summer storm. I knew the value of this lifestyle long before doing it myself, because I had the greatest mentors of all time—at least, my lifetime.

When did we become so concerned with how people who sit behind a computer screen view us?

There is no “I know more than you” mentality with those who have been doing this their entire lives. Ever. Not once. In fact, most of the time, the people who’ve been doing this or have been around it their whole lives, they want to educate you in humility. They do it because they know the importance of it. They do it because it’s something they know that can be shared with anyone. They do it because this is their life, and if someone can learn from it, then they will share their experiences. They don’t try and persuade you into believing something just because they do, or in living the way they live. They know the value of community, friendship, and living a truly simple life. And even then, it’s not called a “simple life” for them…it’s simply called “living”. 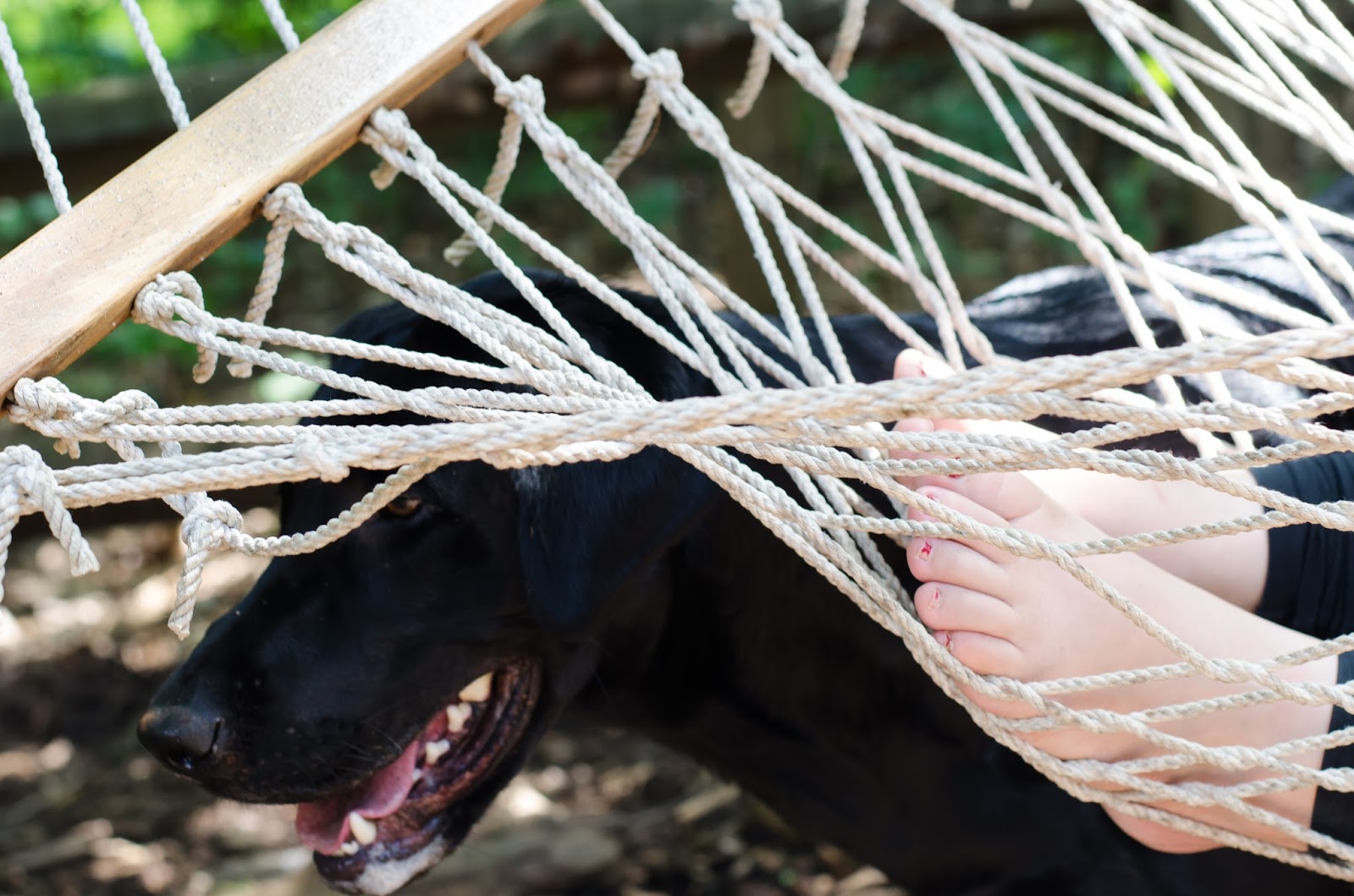 I have been told I’m not a “homesteader”, because I don’t have a 3 acre garden, own a field full of large livestock, or even because I don’t show every single aspect of living here. I have been condemned for posting an artistic photo of three little carrots I pulled up out of the ground too soon—because, goodness me, I should be growing more than that (and yet, I was just weeding them out). Do you hear how silly that is? Do you hear how stupid that sounds? And if that makes me some kind of impostor, then so be it. But can I be honest for a second?
I don’t care….

I don’t walk into my local farm store and said “oh hey, yeah, I’m a homesteader.” Um, duh. That’s probably why you’re at the farm store. Do you know how ridiculous they’d look at me? I don’t care about the title. To be honest, I’m not a homesteader first and foremost. I’m a wife, a mom, a homemaker…who just so happens to wrangle chickens, too.

So if the “title” throws you off…remove it from the header. Just get to know me—our lives, our loves, our passions, our simplicity. If the “homestead” part causes you so much strife because it doesn’t fit into your box of a definition that’s contrary to American literature, then please, just act like it’s not there. It doesn’t define me as a person, I promise.

I will continue taking artistic photos of my food. What can I say, I like playing with it. I enjoy the beauty of deep earthy colors coming up from the soil.
I will continue to grow what I can grow and buy what I can’t grow. Because that’s what I’ve always done. Each year I grow a little more as I build and grow on our property.
I will continue to support my community and neighbors buy bartering and purchasing, educating and learning.
I will continue to raise chickens, quail, rabbits, ducks, children, dogs, and tend to my husband. Because that’s my life…this is what I do.
I am a homesteader. I am my own definition of one. Because the reality is that there is no proper definition. Certainly, within reason, you know the basics.
But whether you have less than me, or more than me, if you are a homesteader…then that’s what you are.
Maybe you live in a small house like us and you are trying to find places to grow and build. Or maybe you’re like friends of ours who manage over 600+ acres of farmland. Whatever you have, enjoy it. Enjoy the hell out of it. The mere fact that you live your life to the standard of no one else will cause those who are more concerned with titles than actually living this life to move along…right after they try and prove you wrong…of course…because that’s their number one goal anyway.
Love the simple life you live. No, no, better yet, just love this life. Whether it’s “simple”, “crunchy”, “minimalistic”, “homesteady”, or “preppy”. Love it. Because that’s all it is, folks…..life.
…. and I’ll be darned if someone is going to tell me I can’t live it the way I see fit for myself and my family. They didn’t allow it on “the ol’ homestead”, and goodness, I’m not allowing the entitlement of our society to tell me what the definition of my life is either.
Happy Homesteading, and happy living!! 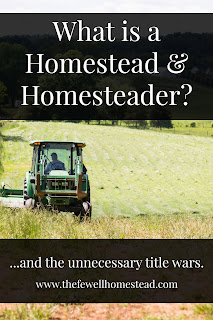 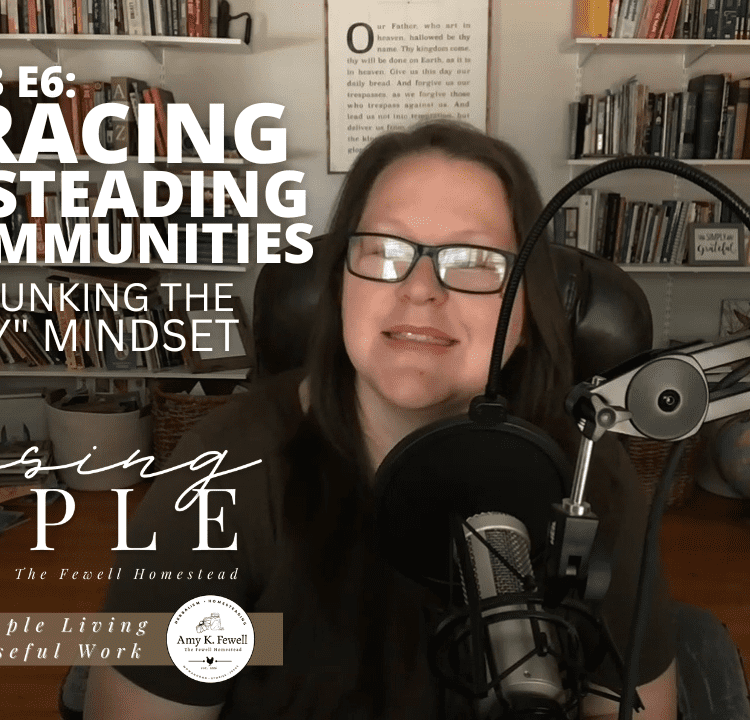 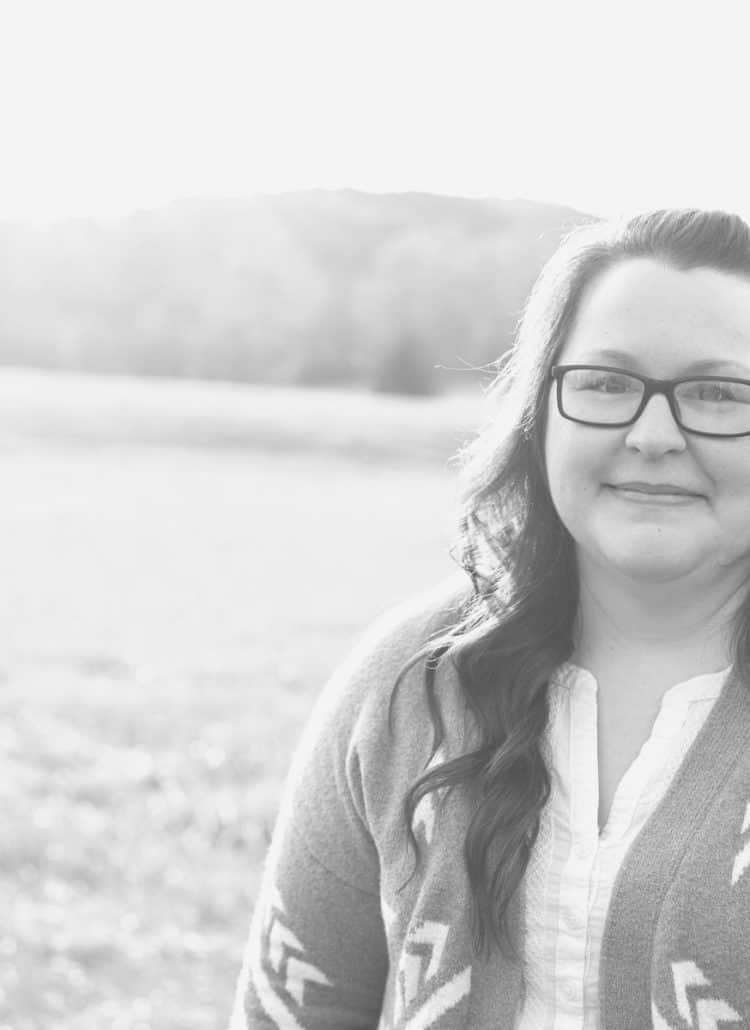 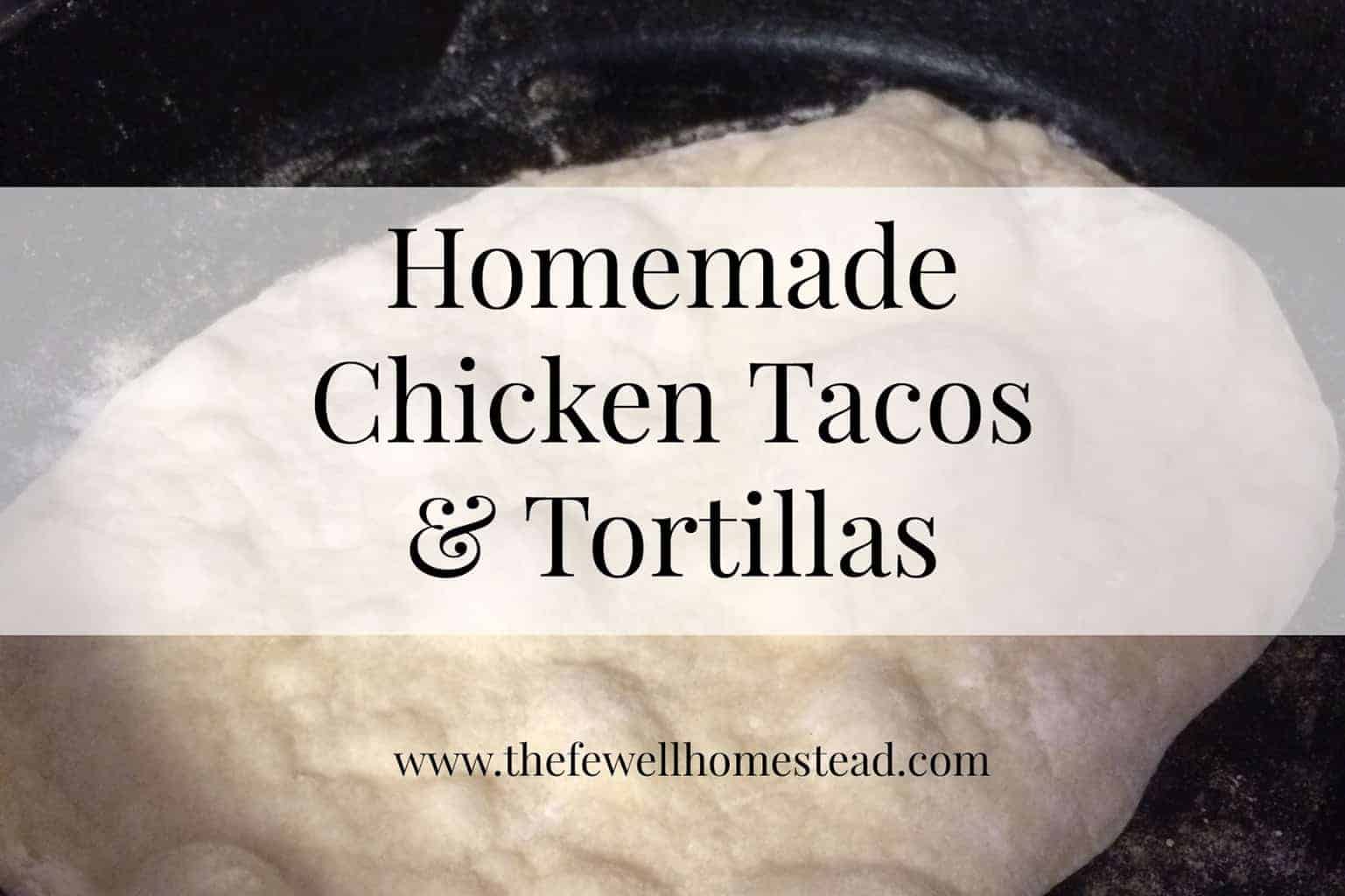