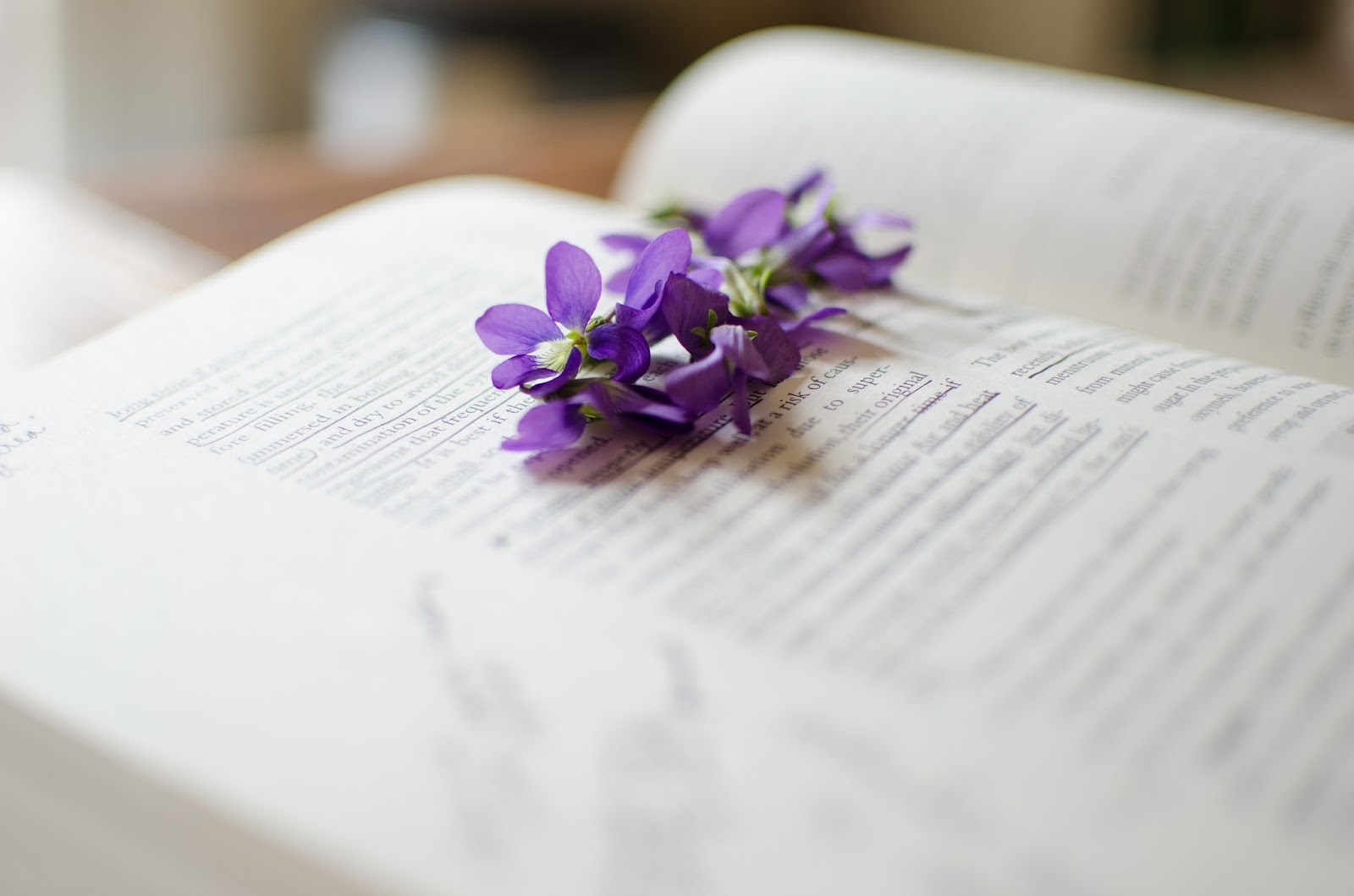 I laid in bed with my palm pushing on the side of my head. This pain that would shoot down the side of my head, down my face, into my back and neck—it was absolutely, and definitely, one of the worst pains I had ever experienced in my entire life. I tried everything to make it go away. I tried my essential oils, I tried herbs, I tried herbal massage rubs, I tried over the counter pain killers—nothing was touching it. Absolutely nothing.

I was dizzy, nauseous, and an emotional basket-case because I couldn’t fix myself. Of course, you wouldn’t have known it unless you were my husband, because I try my hardest to keep it together as much as possible.

Two days I went through this. Two days. Until finally Mark looked at me and said, “let’s go, we’re going to the ER.”

And I agreed with him… 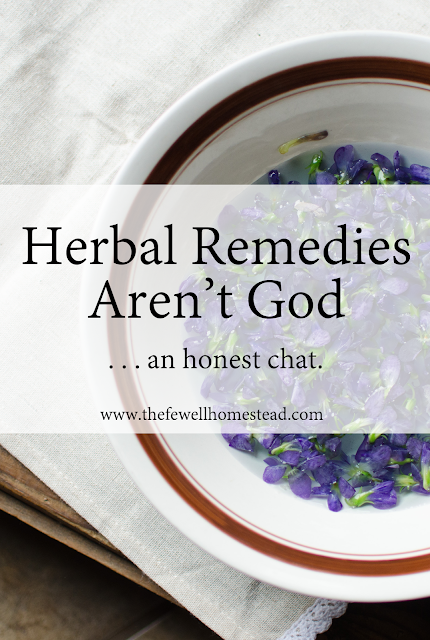 We drove up the road that afternoon in silence. I know he hates hospitals. He absolutely hates them. They make him twitchy, anxious, and overwhelmed. He becomes moody, nervous, and angry when we step foot into a hospital, but he was going for me. I don’t know why he gets that way, he just does. It’s hard for him, and I respect things that I don’t understand. I especially respect him. But he was beside me and that’s what mattered most. That’s what team work looks like. That’s what marriage looks like.
We got to the ER, at which point I was placed in a very drafty night gown and hooked up to IVs. I was feeling a little better at this point, but it was just the body’s defense going into ramp it up mode. The adrenaline rush was pumping extra blood to the brain, which was expanding the arteries, which was in return, taking some of the pain away.
I had convinced myself that I had had a brain aneurysm or something. Tumor? Cancer? Brain eating bacteria? Had to be something like that, right? It had to be something complicated since I couldn’t fix it myself.
I was kicking myself that I couldn’t heal this on my own at home. Here I am, constantly talking about herbalism and essential oils, and taking control of your healthcare, and yet here I was sitting in an emergency room bed without any control over what my body was doing, or even how to start the healing process. 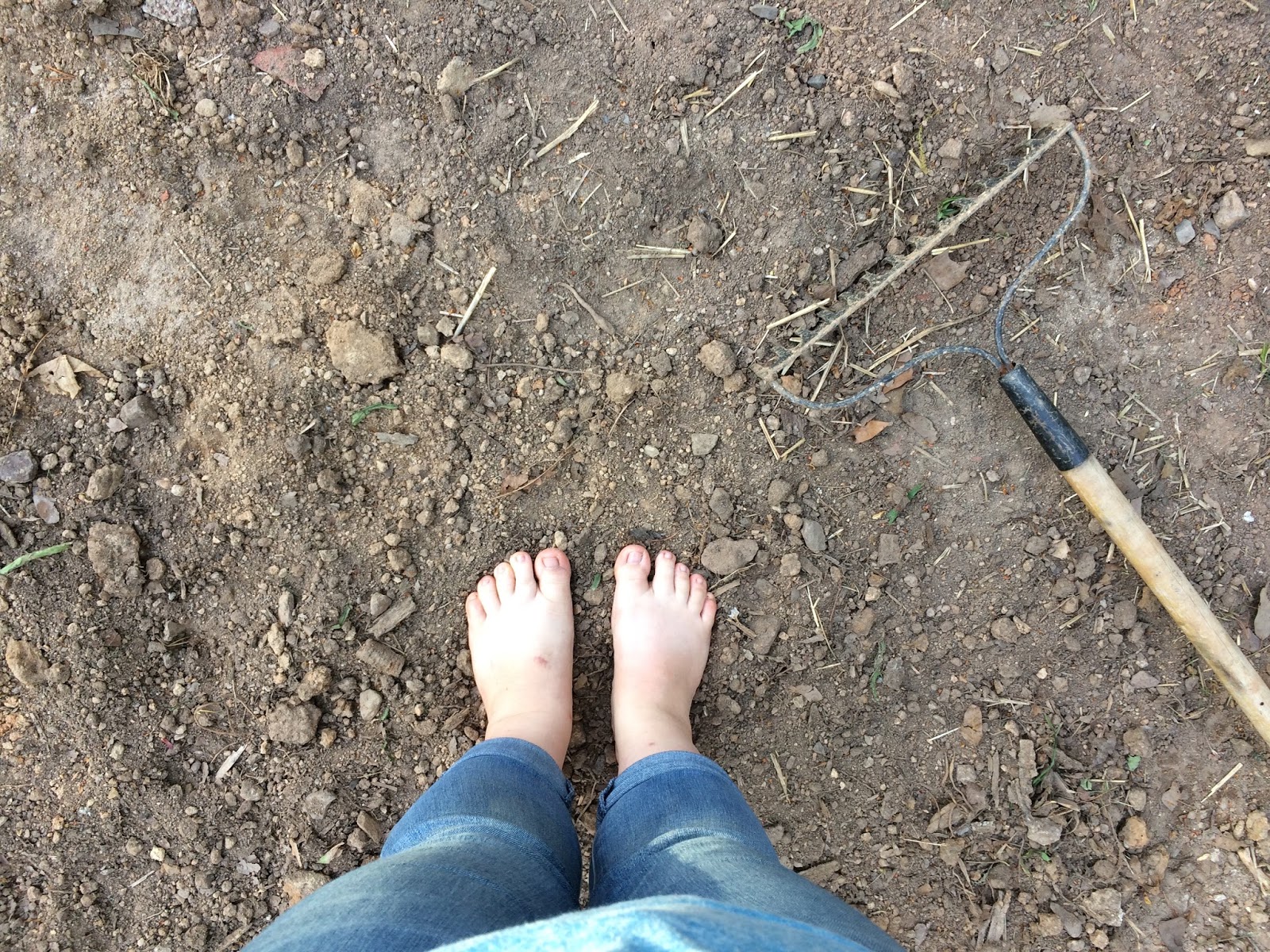 Five hours and one CT Scan later, I was fine. Everything was ok upstairs. Well, that’s still debatable, but there were no brain eating bacteria that they could see, at least. The craziness? Well, that’s still there.
They shoved some high-tech pain meds in my hand (I asked for the extra strength tylenol, not the loopy stuff!), told me I was having some type of muscular or nerve reacting migraine, and sent me on my way. They also told me to follow up with a neurologist. Oops, that was a long time ago. But I’ve been ok since then.
I got home that night and laid quietly in bed.
I cried.
I cried because I couldn’t sleep. I cried because I couldn’t fix myself. I cried because I hated having to go to the hospital and subject my body to even more yucky germs. I cried because my husband, bless his heart, was tired and still had to go to work the next day. I cried because I was mad. I was so mad. I was so mad that nothing I tried at home helped me. Nothing. What a failure I thought I was.
I prayed and cried some more.
I had a pretty big heart to heart with God, not just about my health, but about life in general. I was broken in so many ways other than this pain in my head. I had been dealing with so much on my plate. Why was I just now coming to Him? Why didn’t I come to Him sooner? Now I felt guilty about that too…
I often tell our son that God isn’t some big man up in the sky who is constantly looking at the bad things you’ve done. In fact, we are often times harder on ourselves than He is on us. But it’s easier to say that to someone else than it is to yourself. 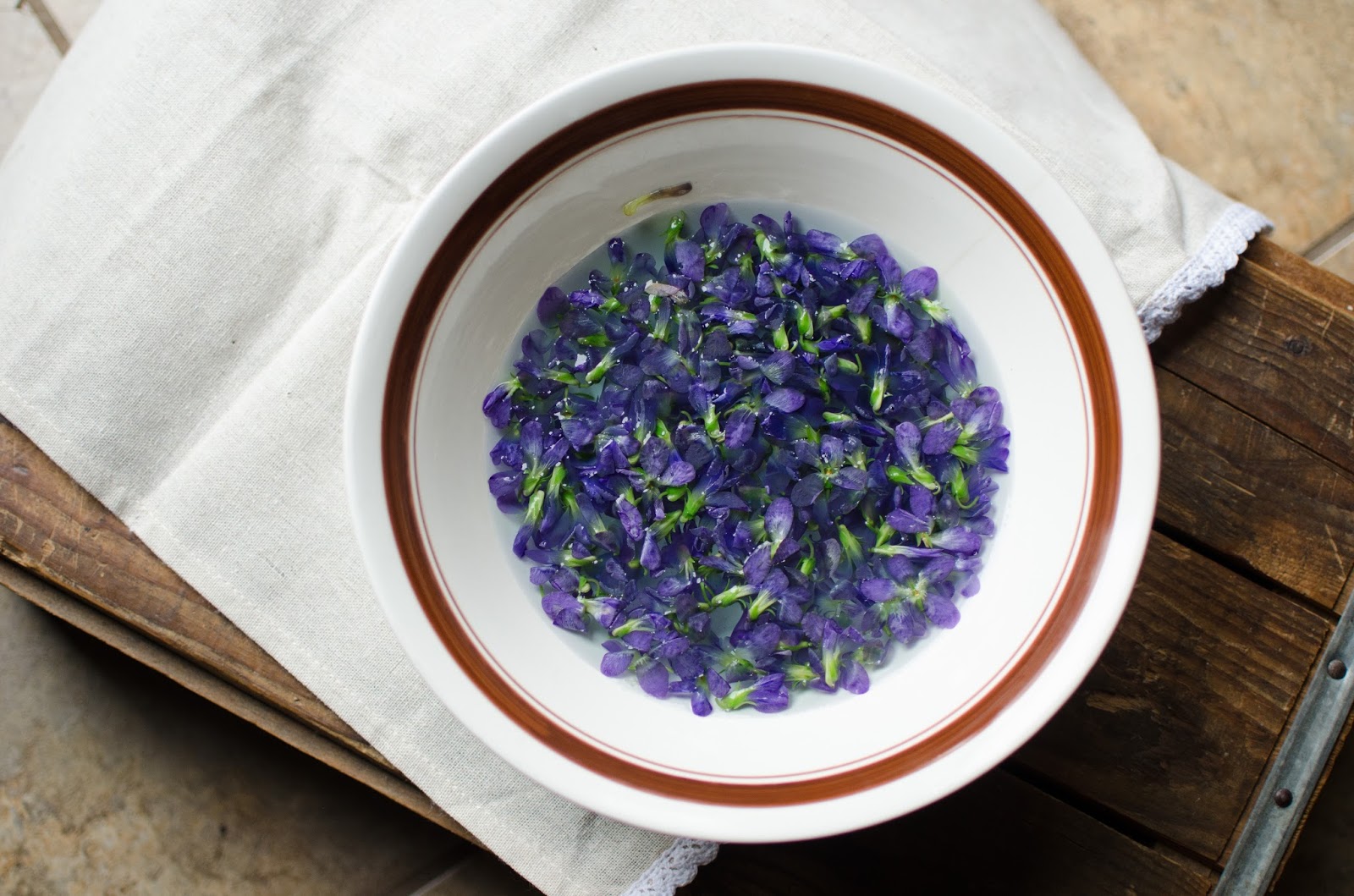 The next morning I was feeling much better. Still in a little pain, but bearable. I went about my daily routine, and as I walked into the bathroom to start scrubbing the toilet, I looked up to where my herbal remedies were setting at the time, and I was faced with a very real and emotional reality.

And it was a hard and raw reality that slapped me in the face. It was convicting, it was numbing.
So often we get into herbal remedies because we want a healthier lifestyle for our family. We’ve taken control of our food source with chickens, dairy animals, and gardens. The next step is taking control of your healthcare and adding herbal remedies and essential oils to your family’s life. But what happens when they don’t work? Or worse yet, what happens when we turn them into idols above our very own Creator and Ultimate Healer?
Ouch…
Ouch to the idolater that I’d become. Ouch to the Christian that I had become, leaning more on herbal remedies than on my very own Savior. Ouch to the person I had become who had missed opportunities to talk about Christ with people who were looking for a more holistic lifestyle.
That was almost one-year ago.
And while I fully believe that God gave us plants to use for health and healing (Ez. 47:12), I also know that we can very quickly turn even a good thing into a bad thing if the motive behind it isn’t pure, or if we’re trying to take the easy way out. We can become so quick to want to control our own circumstances, that we forget we have a God who wants to connect with us on a regular basis—a God who created us all. A God who wants to help us, heal us, and love on us. The Creator gave us herbs to help us, but in His goodness and mercy, He reminds us that we are nothing without Him. 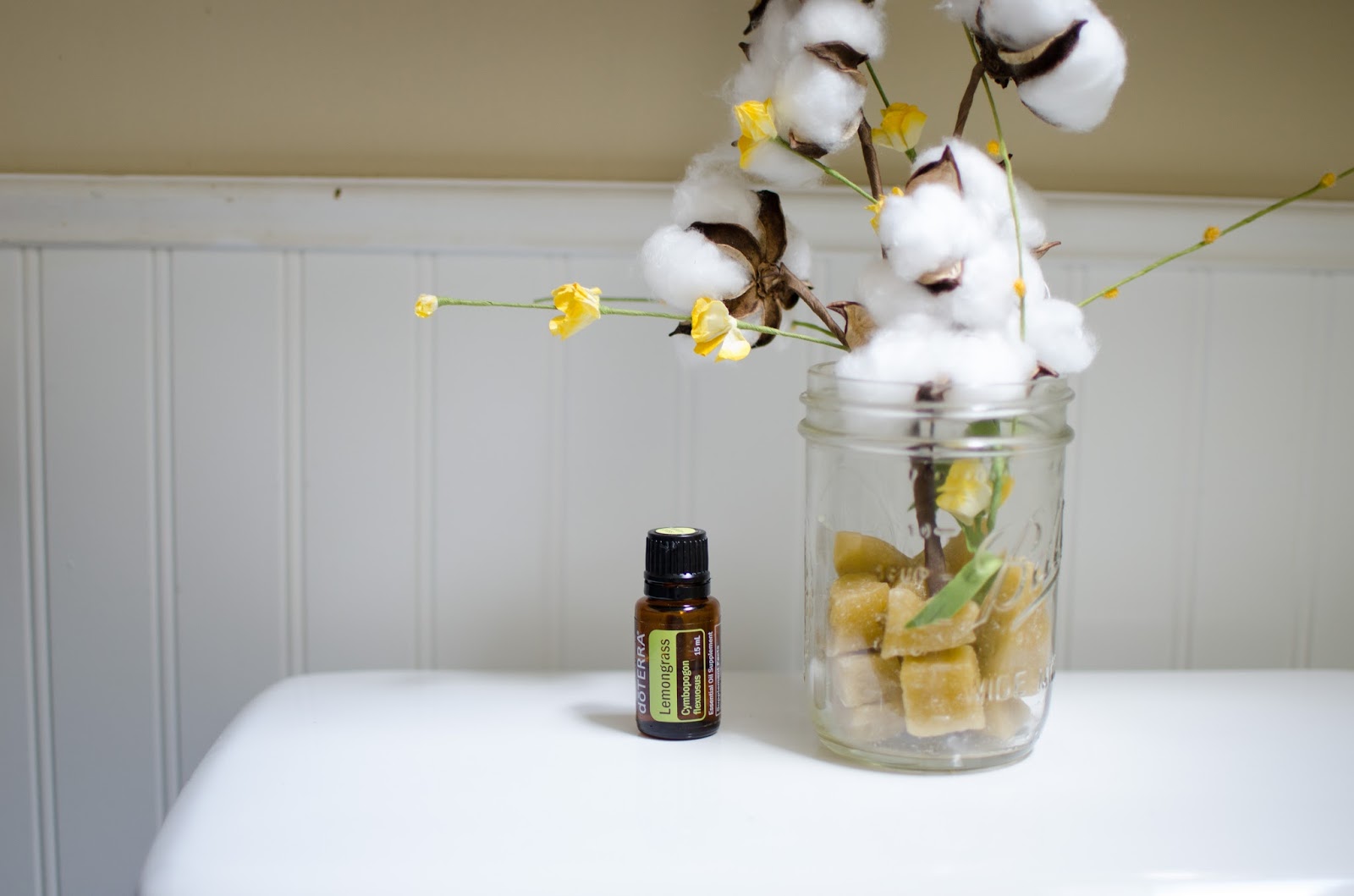 In the same respect, I was hosting a live chat on my YouTube channel recently, and someone mentioned to me all of the health issues they encounter on a regular basis. They wanted to know which essential oils to use, and questioned if there were herbs or diet changes that would help as well. I sat there and probably looked dumbfounded. The entire time I was running different oils and herbs through my head—on a live show, mind you—but I was thinking, you don’t need herbal remedies, you need modern medicine and the good Lord.
It’s ok to depend on modern medicine for your needs, in case you didn’t know. Just like it’s ok to depend on herbal remedies for your needs. But it is not ok to idolize either of the two, because ultimately, God is our healer. All things are given by Him and through Him. Both are equally valuable, but too much of either is equally dangerous.
Don’t believe me that modern medicine is from God? Consider this; penicillin was discovered by accident in one of the greatest times of need for it in the history of medicine. It was literally discovered because Dr. Alexander Fleming returned back from vacation in 1928 to an extremely dirty laboratory that he had left behind. While cleaning up, he discovered mold growing on his petri dishes. Bam! Penicillin was discovered to kill bacteria, and the rest of the story is history…literally.
That, my friends, is what we call a miracle.
Yes, a miracle.
What are the odds of a doctor randomly going on vacation, coming back to find a messy laboratory, finding mold growing on the very petri dishes that had infectious bacteria growing on it, and saying, “hey I’ll take a look at this under the microscope.” Only to find the mold was eating away the bacteria.
Even Mr. Fleming tells you it was a complete and total freak accident. But I tell you, it was God.
We know now, in the 21st century, that antibiotics are overly used, which causes antibiotic resistant bacteria. See, even a good thing can become a bad thing when used more than it should be. But it stems from the mindset that we can control it all. My goodness, look where that control is leading us. We’ve become a generation that is reaping the consequences of antibiotic resistance and overuse, and it’s not pretty. It’s why so many people are trying to get back to herbalism. I don’t know what your life looks like. I don’t know if you believe in herbal remedies, modern medicine, both, or neither. But I will tell you that without the grace and mercy of the Creator of the Universe, there would be none of it. And when we feel ourselves idolizing one or the other, or anything other than Him, it may be time to step back and reevaluate ourselves. Sometimes, I believe God allows us to walk through difficulties in order to bring us closer to Him. Other times, we walk through difficulties because of our own personal consequences. But through it all, He is still good and holy and righteous. God is still God. And none of this is possible without Him….ever.
When herbal remedies don’t work, it’s ok to go to the doctor. When modern medicine doesn’t work, it’s ok to try herbal remedies. But through it all, I hope you’ll remember, just as I had to, to connect with the greatest Healer ever. Even when nothing else works, even when the results are bad and the outcome is grim, there is still God. And God is still good. And in your greatest time of desperation and need, the joy, strength, love, and goodness of the Lord is far better than any doctors orders, roller bottle of essential oil, or herbal tincture.
I promise… 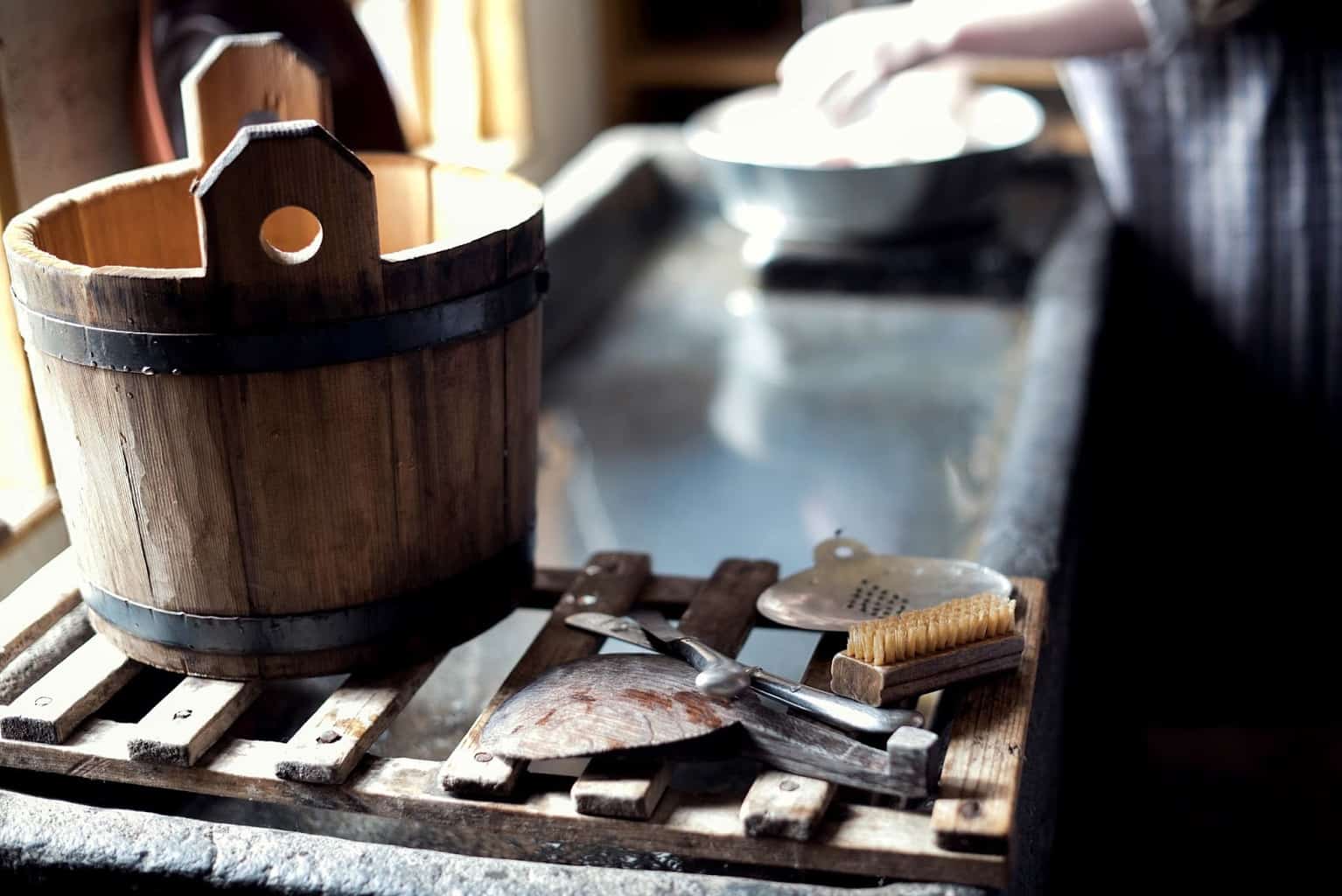