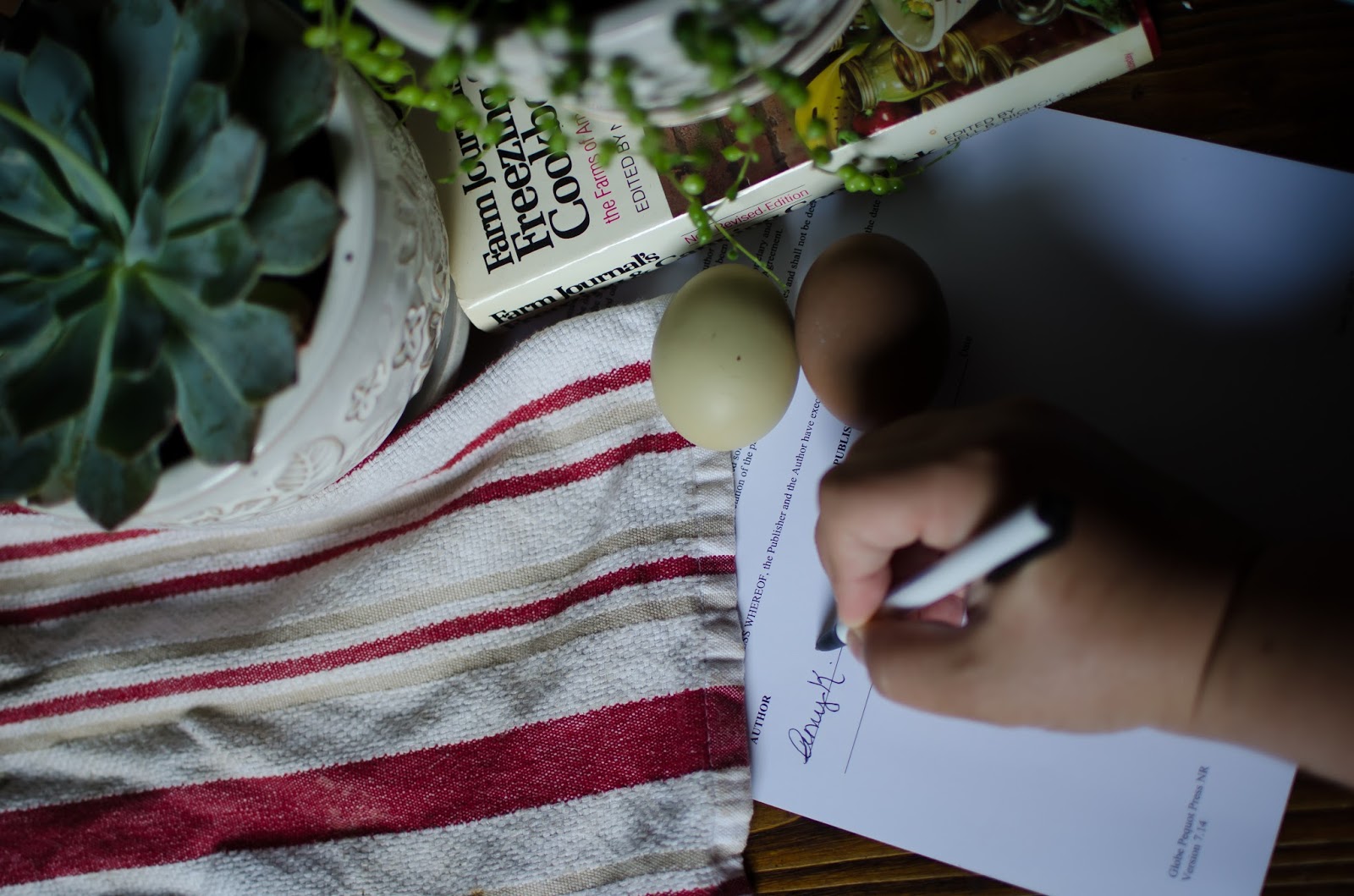 When I was in high school I had multiple research papers and book reports that were due. They were normally the most in depth and horrid thing for a teenager, but I absolutely loved them. Back then, you wrote your book report with a pencil and paper. You’d erase your mistakes by hand, bringing your pencil up to your chin, wondering how to replace that sentence with a better one full of imagery. Or, maybe that was just me. Maybe I was the only teenager who did that.
None-the-less, I remember handing in a book report one day, and shortly after I’d handed it in, it had already been scored. I went to a small Christian school in high school—only about 30 kids in total. So when someone got called up to the front, you’d hear just about everything that teacher had to say.
It was one of the very last book reports I’d ever do in high school, and I really wanted it to be done well.
As I walked up to the front to collect my graded paper, she peered over her glasses and quietly said, “Amy, you have a gift for writing, you’re going to be an author one day.”
She smiled.
I had a blank stare.
She had a way of building us kids up. The head of all teachers, the woman who would let you know you were out of line in a heartbeat, but who was gentle enough to cheer you on in love and grace.
At first I believed every word that flowed from her lips, but soon doubt crept in and the instant gratification high was gone.
Her words have stayed with me ever since…and that brings me to that big announcement you’ve all been waiting for… 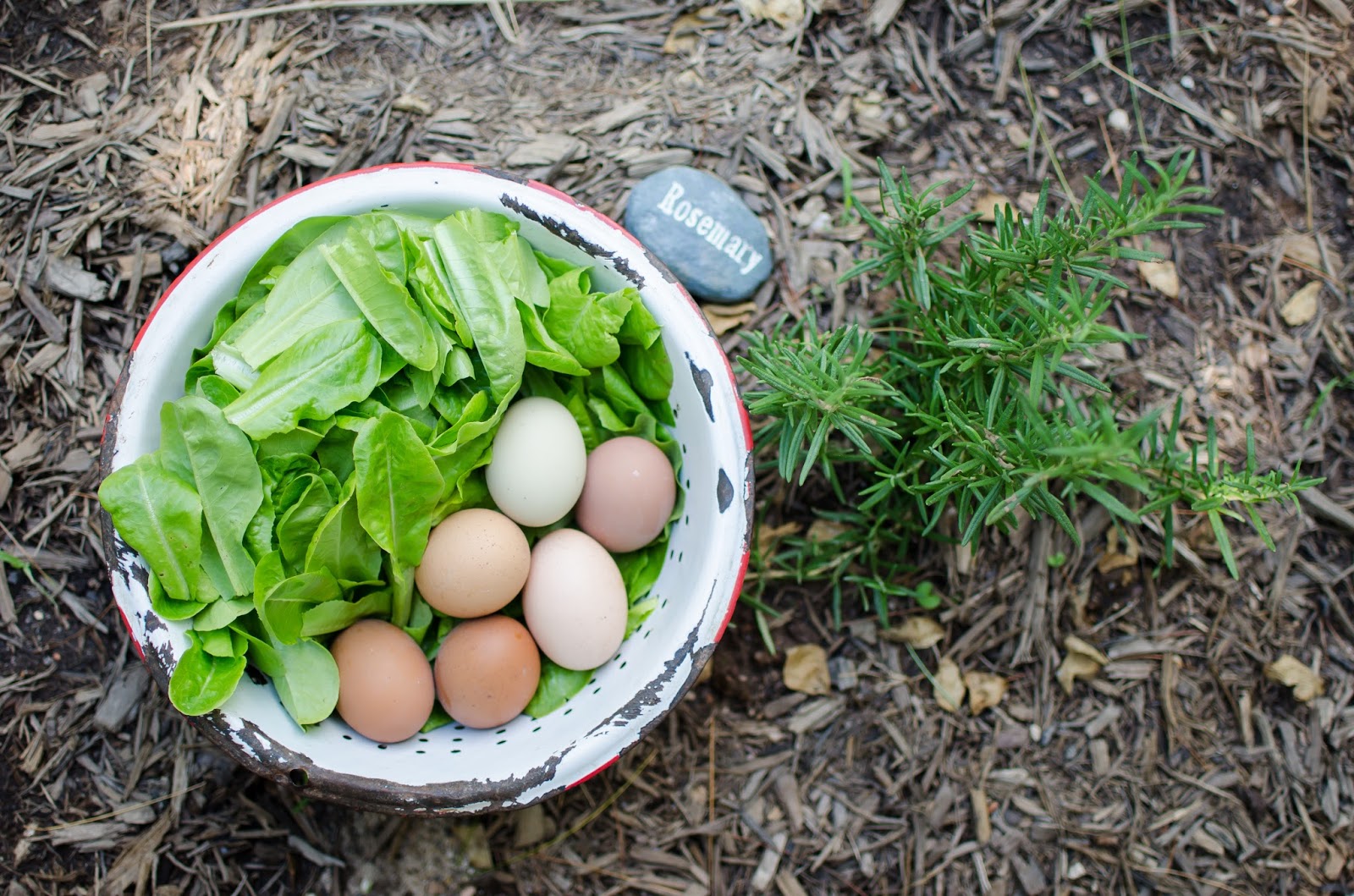 This week, I signed my very first book contract with a real publisher.
A publisher who is well known in the world of outdoor living and homesteading books. A publisher that I connected with instantly. A publisher that my best friend, when hearing me talk about them, said, “I don’t know, Amy, something about this just feels right.”
It helps to have friends who are logical enough to tell you when something is just a bad deal or a good deal, but who are absolutely there to pray for you and with you, and who heed the Holy Spirit…that still small voice inside.
I can’t tell you, in detail, what the book is about just yet. That will come in the next month or so when we release the cover and begin pre-sale and marketing. But I can absolutely tell you that it’s about homesteading, real life modern homesteading, and herbs. You know how much I love my herbs. This is the book I wish I could’ve read when I first started my journey.
It is so much more than just homesteading and herbs…
But, that’s all I can tell you for now! 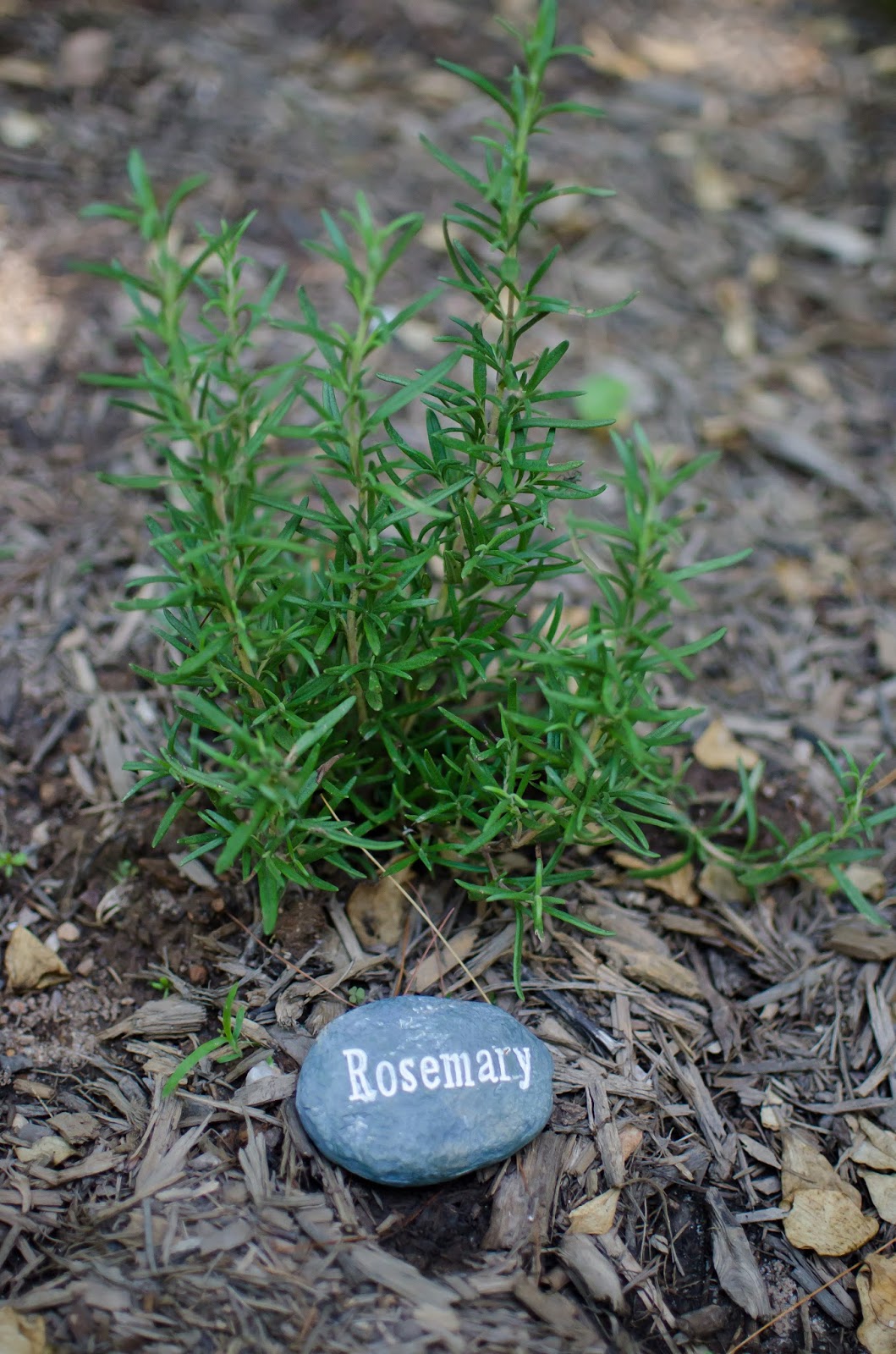 More than anything, however, I want to tell you how this came about. Because honestly, it happened so quickly that if I would’ve blinked, I would have missed it all.
If you’ve been following my journey for any amount of time, you know that back at the beginning of the year I was offered a book deal for this book. Actually, I had pitched a generational family cookbook, but no one was interested in that. Failure number one.
A publisher asked me if I had another book rolling around inside, and so I sent the beginning stages of this book. They immediately approved it and made an offer. Unfortunately, I just wasn’t connecting with them. Even though friends of mine had published through them successfully, I just didn’t feel like it was a good deal for me. Not to sound snobbish, but, I knew there was more out there. I knew I brought value to the table through my experience of more than a decade in the media industry, and through Homesteaders of America, and so, I declined the deal.
Yep, you read that right, I declined it. I said I’m sorry and I walked away from it.
The things people said to me were just, well, most of them weren’t nice or said with good intention.
I had people ask why I thought so highly of myself not to take the deal. I had others tell me I’d never get a better deal being a first time author with no experience. That no experience thing always got me. I’ve been writing, professionally, not just a blog, for years.
I had others mock me, call me a liar (they didn’t think the offer was actually made), and more.
This happens online. Honestly, you must have some type of thick enough skin to not let it get to you, but be gentle enough to love people right where they are. 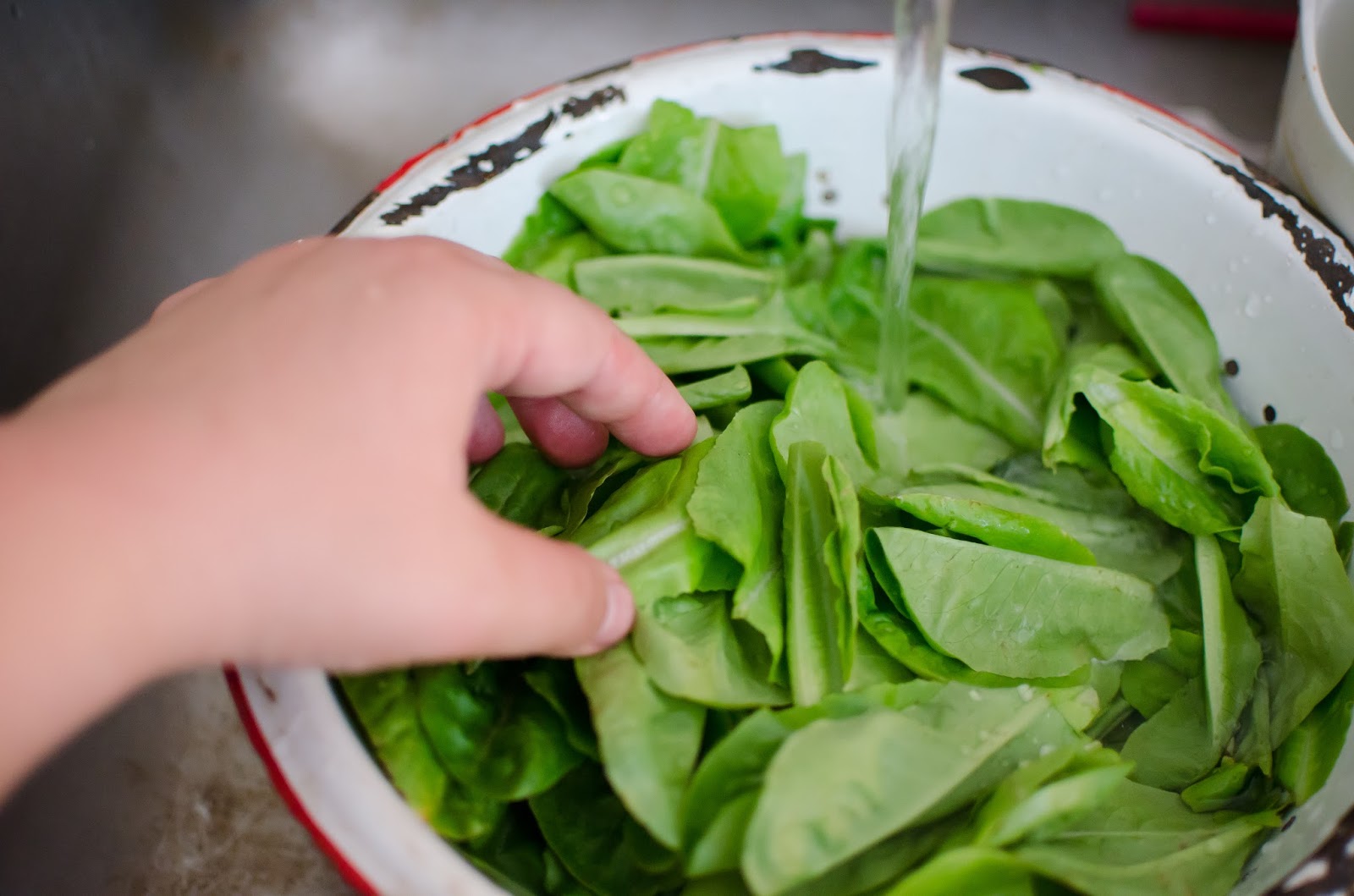 To  be honest, after that experience of the first deal going wrong, I had talked myself out of that book. I didn’t think it was right for me because I didn’t get what I was expecting from that experience. Also, I was simply just too busy to worry with it.
I ended up connecting with an agency for Christian living publications and began working on a book proposal about homemaking. But still, the herb book was in the back of my mind. As I would cut my herbs to feed to the chickens, or roast potatoes with fresh herbs from the garden this Spring, still, the book was there.
So imagine my surprise when I opened my email at the beginning of June (that’s how recent this all went down!), and noticed an email from two different publishers—the publisher that I chose, and Storey Publishing. That’s right, you read that right, Storey Publishing. But you also read it right that I did not choose Storey Publishing.
I still wonder if I’m crazy for that. I still wonder if I should’ve thought about it more, but sometimes you just can’t over think it. You have to go with where you feel the Lord leading you. And He was leading me to someone else…the second publisher…and here’s why…
I was holding onto the truth that there was more out there for me, someone I could connect with. I had made a decision not to go with the first publisher that came my way. And don’t you know, I got a better deal…and I connected with this publisher on so many levels.
Because I waited patiently, I got exactly what I wanted, what I knew I was worth. 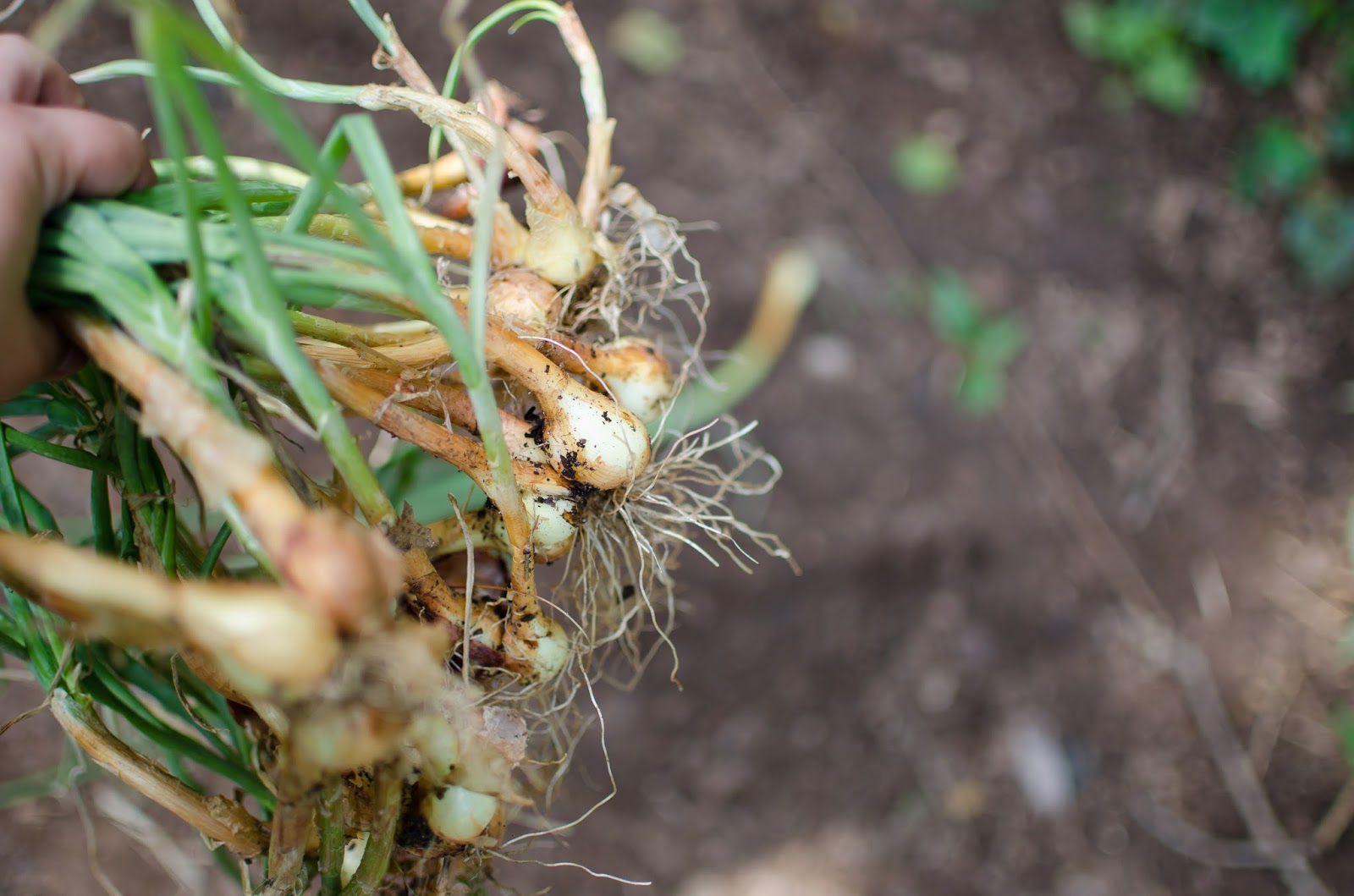 I didn’t even know these two new publishers were interested in my book. I had sent them the proposal quite a long time ago, and now suddenly, here they were, ready to pitch it and make offers. And I was over here like, uhhh.
Just as quickly as I received the emails, I received an offer from the publisher that I signed on with. We spoke by phone. We connected. We laughed. And when I asked her what set them apart from other publishers, she answered…We like to tell stories. We like to educate people on a personal level, from real life experiences, not just a long research paper. We want someone to feel something when they read our books.
Bam. Sold. Just like that. That’s what I had been waiting for. Story tellers…Depth…Feeling…
Everything in between was blurry, but I know that it’s a good move. And I’m excited beyond belief. But also, I’m about to become a hermit. And I tell you that so that you know I haven’t disappeared, I’m simply consumed until September!
Ya’ll, I have so many words to write before my manuscript is turned in by SEPTEMBER! That’s right, I only have about 8 weeks to create an entire handbook—words and photographs. But I believe I’m up for the challenge. And I know you’ll enjoy it so much, and the pretty photos too!
The book will be launching in Spring 2018, just in time for gardening season! So make sure you keep checking back to see when pre-sales are up. If you aren’t already subscribed to my e-newsletter, that’s a fabulous way to get reminders about what’s happening over here.
Thank you for following my journey. Thank you for cheering me on as I go. Thank you for your love and inspiration.
Thank you…
I’m still working on my Christian living book proposals! Don’t worry. Maybe we’ll tackle that next year 😉
But for now, I write! 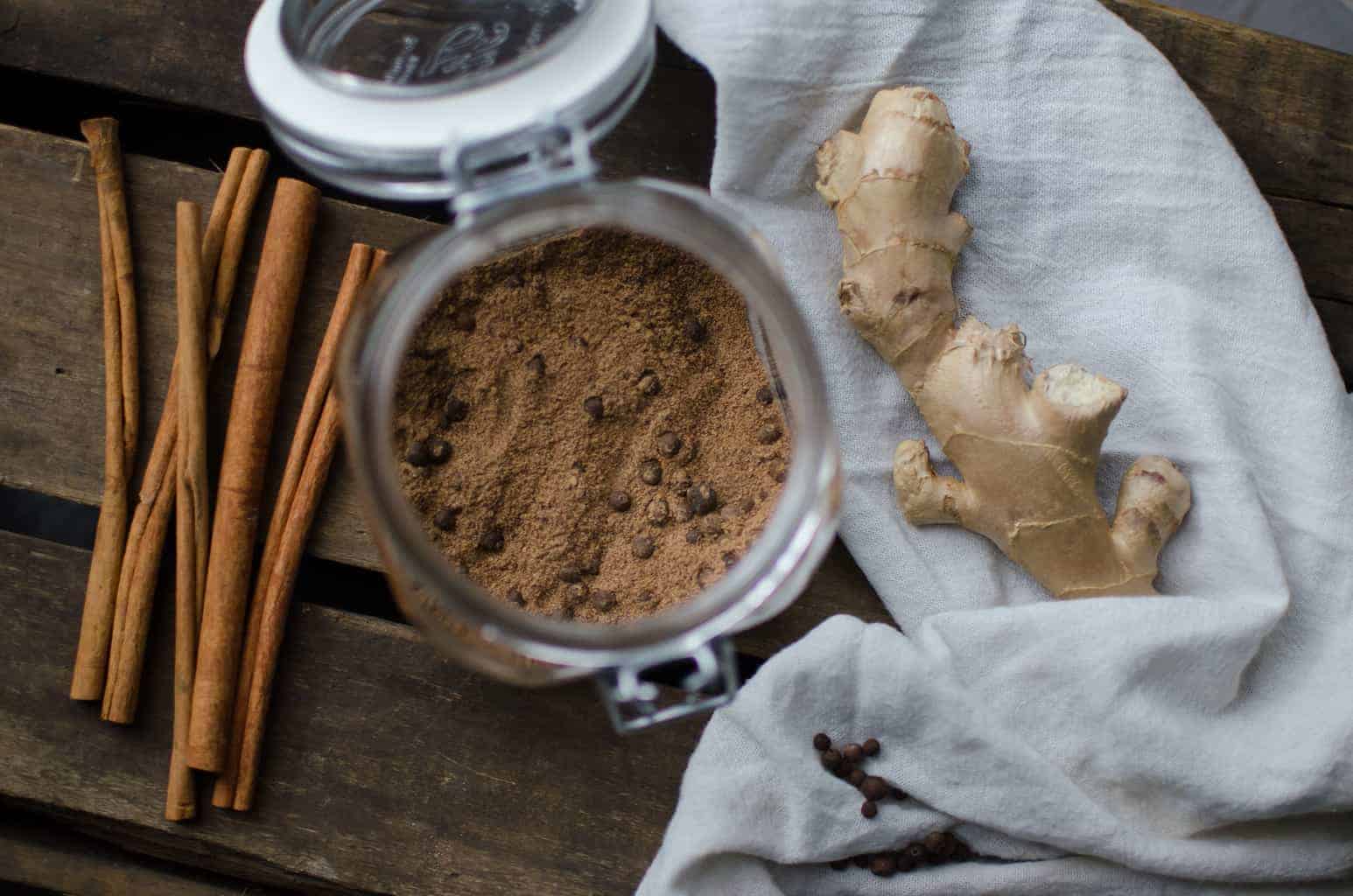 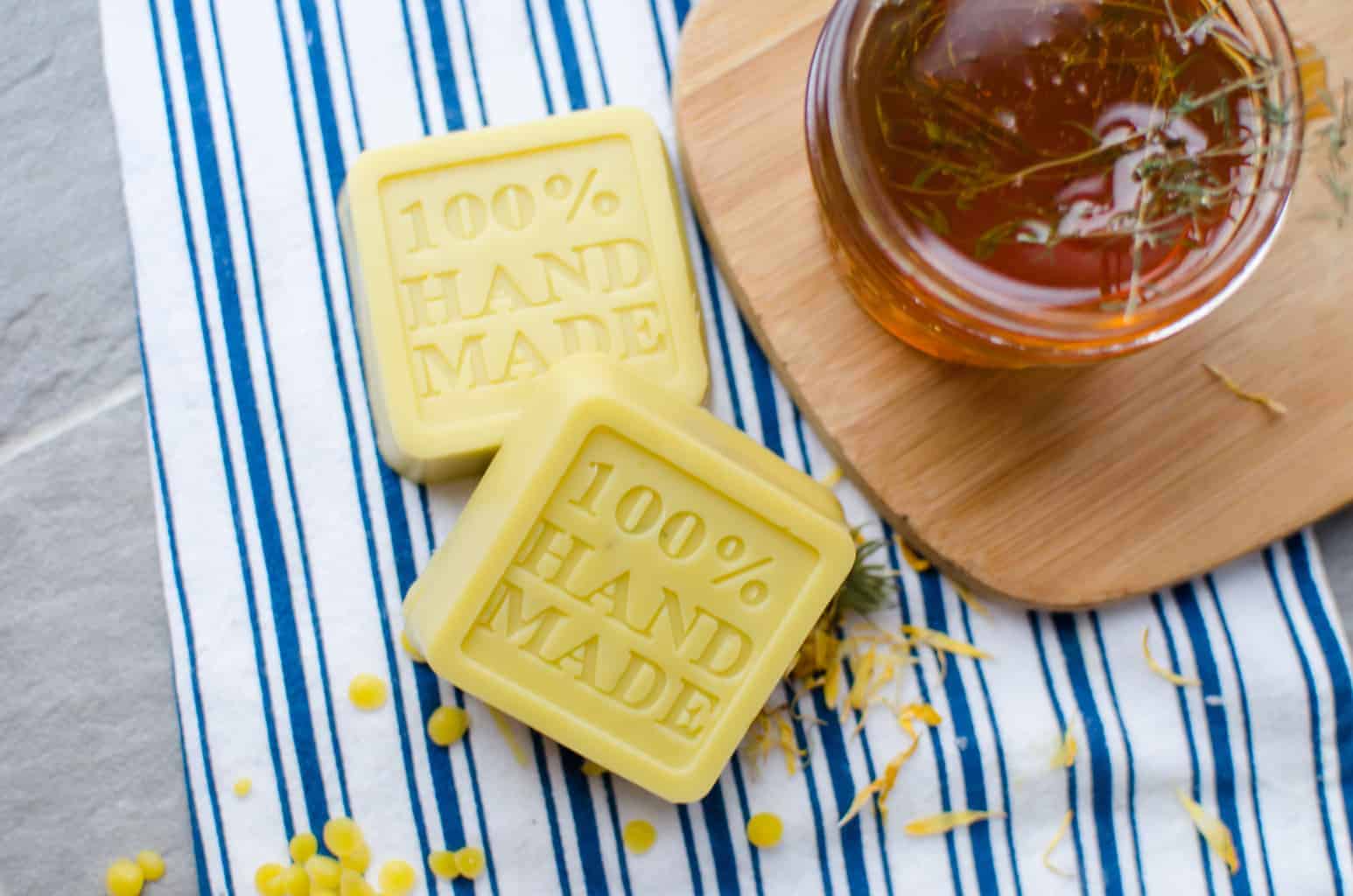 How to Make Herbal Lotion Bars 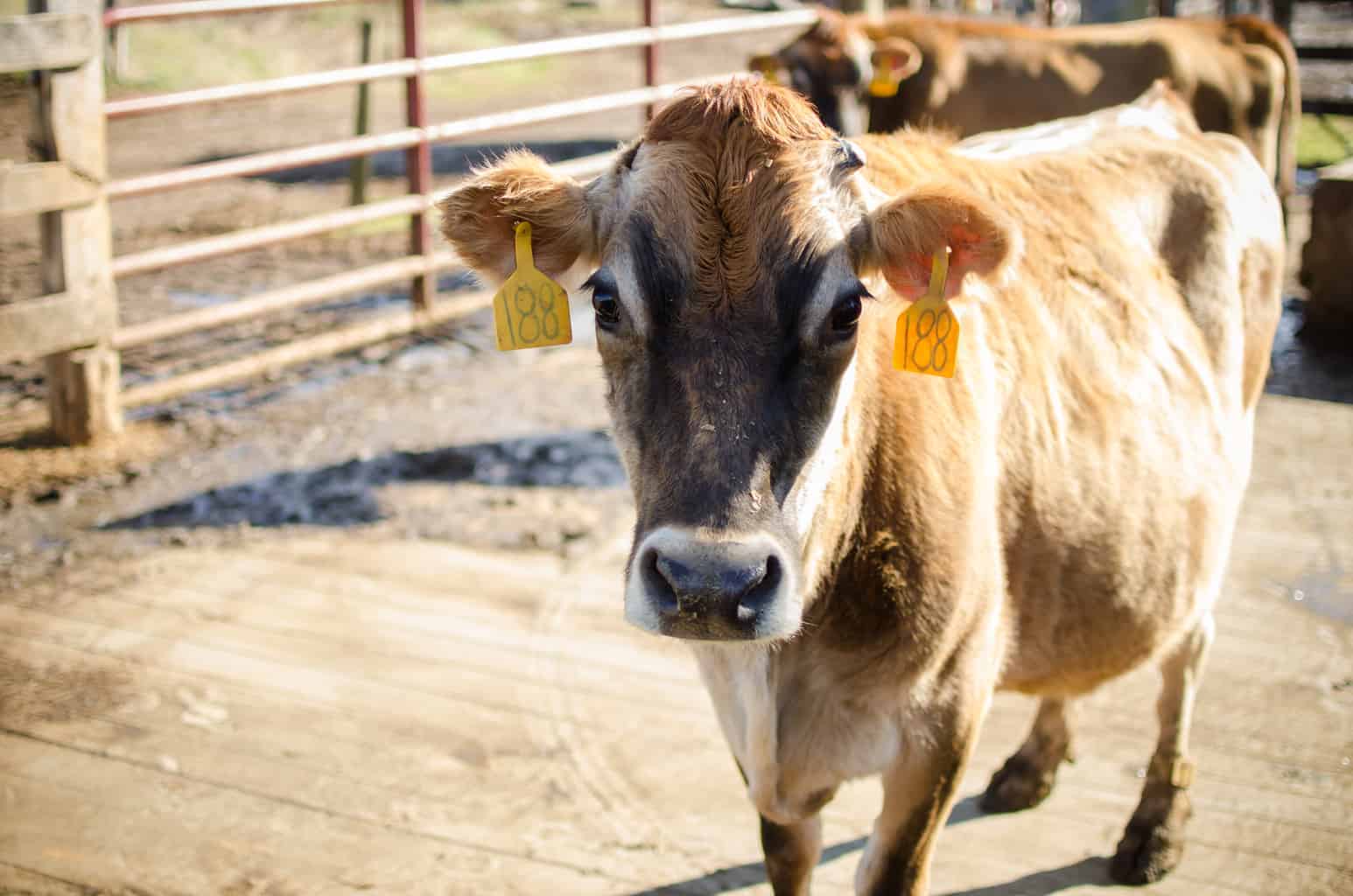 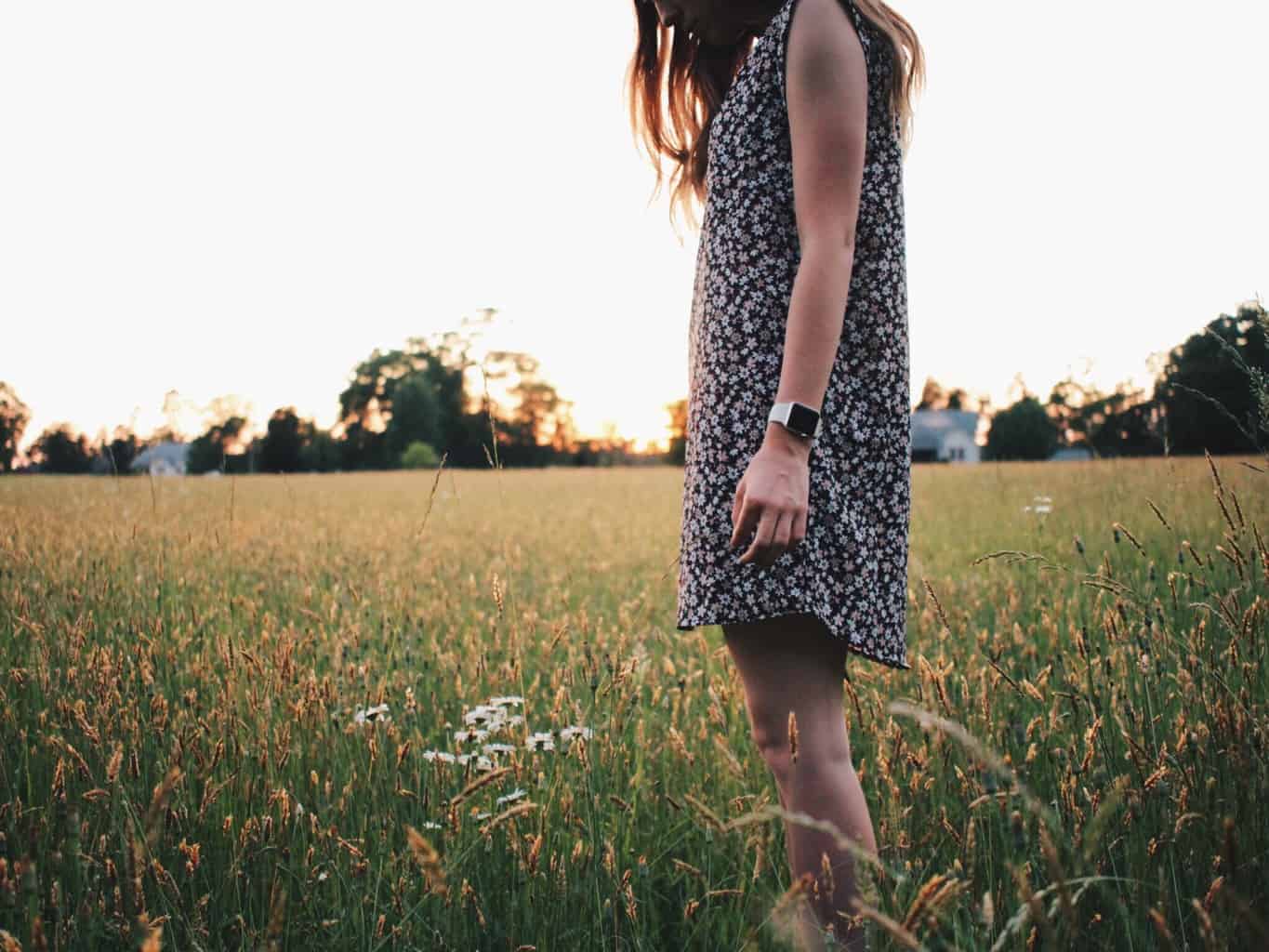