I woke up that morning with more heaviness on my heart. It’s not uncommon for me to have dreams, especially since I’m normally in and out of sleep constantly during the night. But this was just one more dream to add to the list over the last few weeks that had the same theme over and over again. What did all of this mean?

I’m not one to dream about my family or myself. I often dream weird dreams that make no sense, and they remind me that I shouldn’t eat chocolate cake before bedtime. Yeah, those kind of dreams.

But these were different.

In the first dream, that I can remember, I was running away from something and taking my family with me (my husband and son). I was frantic, but they didn’t seem too bothered about it. They were calm and peaceful, and I was a frightened mess.

In the next dream, there was a new person. A person from my past. Someone I hadn’t seen in years. What on earth is this guy doing here, I thought to myself. But even he was pretty calm and collected.

Several dreams came and went, all of me and several people in my life (family or past friends) running and hiding somewhere. Trying to get away from someone or something.

But I can remember one of the final dreams vividly . . . because I was suddenly running all alone.

In this dream, all of these people were gone. I was the only one running. All by myself. I woke up. And even though I knew it was just a dream, I sat there and wondered, why did everyone leave me? And even more so, what on earth am I running from?

I knew I was running from “someone”, but I could never figure out who or, maybe more importantly, why?

It upset me. This was torture. Never in my life have I ever had so many dreams one after the other after the other, with the same theme, different locations, random people, but very much all about me. I had come to the conclusion that I was either eating something totally wrong before I went to bed, or my mind was in a state of stress from all the things I’ve been doing. I mean, it’s not like writing two books in a year, planning a major homesteading/farming conference and fair, being a wife and mom and boss, weren’t overwhelming enough. Now, I had this weighing on me? The next day was Sunday. Good. Time to go to church and start a brand new week all over again. Except recently I’d found myself thinking more about work and things I had to get done while listening to a sermon, rather than focusing on the sermon that my soul so desperately needed.

I shook my head a little bit, as if to wake myself out of the brain fog, and abruptly started paying attention to our amazing pastor and the sermon he’d prepared for us that day.

“…and sometimes we don’t think God is talking to us, but did you know that God can talk to us in dreams?”

Whoa hey, mister, get out of my head! I looked around, almost as if to see other people’s reactions. It always gets a little weird when we start talking about God talking to us. Our poor Vice President Pence was recently told that he had a mental illness because he believes the God of the universe speaks to him.

But it was just me. I was the only one looking around, as best I could tell. It was as if I was in a room and everyone else was standing still. It was as if God was talking directly to me, all of a sudden.

Call me crazy, but I’ve had plenty of dreams where I have gone to people I’ve dreamed about (and not the everyday average dream), told them about it, and had them fall apart and tell me how much they needed to hear about that dream right there in that moment. There have been other times where I’ve shared a dream and it didn’t make any sense at all, until years later.

But why, here, in this moment, was I so absent minded that these dreams could actually be for a reason? Dreams for a purpose? This torture of a dream that I’d been walking through, could it have been torture because I just wasn’t “getting it?” Because I wasn’t in-tune with what was happening? You’d think, wouldn’t  you, that I’d go home and I’d “get it” and I’d pray before bed that night and everything would be grand. But no, I didn’t.

A week or so passed, and this trend continued. I’d find various quiet moments where I’d say a little prayer throughout the day. I’d even fit in talking with God like, “dear Jesus give me strength before I smack somebody,” type of talking to God. It was always on my time. It was always when it was convenient. And that was ok, right? I mean, God knows I love Him and cherish Him and, yeah, like, Jesus is my homeboy.

But no, no, it wasn’t good enough.

I wasn’t connecting with God anymore. I had become, what the Bible calls, “a babbling prayer.” (Matthew 6:7) Nighttime came, once again. Another dream came, once again. But this time, it wasn’t anything I was running from. This time, it was something I was running towards, and it wasn’t something I should’ve been running towards. Something I had seen in a previous dream. A hindrance. An idea or minuscule thought that was leading me into comparison, disconnection and yet, unnecessary connection, and ultimately, a vivid image of being lost. An imagery of choosing one thing over the other. The imagery of being alone and vulnerable. The imagery of not allowing myself to be pursued in the dreams before it—of being pursued by God.

I opened my eyes, sat up in bed, and that’s when it all made sense.

I was being pursued by a God who doesn’t force Himself into your life. Who doesn’t force you to connect with Him and share your life with Him. But who pursues you, constantly, until you simply choose not to be pursued any longer.

And even then, He still calls to us. He still wants to draw near to us.

…he jealously longs for the spirit he has caused to dwell in us… [James 4:5] Scripture tells us that when we draw near to God, God will draw near to us (James 4:8). But even more so, scriptures tell us exactly how God speaks to us, how he draws near to us…

In the sermon that morning, a few Sundays back, our Pastor focused on this passage from the book of Job, and to set it all in place, I want to share it with you now.

For God does speak—now one way, now another—
though no one perceives it.
In a dream, in a vision of the night,
when deep sleep falls on people
as they slumber in their beds,
he may speak in their ears
and terrify them with warnings,
to turn them from wrongdoing
and keep them from pride,
to preserve them from the pit,
their lives from perishing by the sword.
[Job 33:14-18]

One of the most beautiful scriptures of the way God pursues us is Psalm 139, where it says, “Where can I go from your Spirit? Where can I flee from your presence? If I go up to the heavens, you are there; if I make my bed in the depths, you are there.”  (Psalm 139:7-8) And the truth is exactly that—that no matter where we are, or where we go, God is right there pursuing us. He’s right there waiting for us to talk to Him; waiting for us to come unraveled into the hands of the Almighty Savior of the world, who never once asked us to do life all on our own.

Imagine that—a woman who seemed so “put together” and on the right track in this Christian life, and even she was in the midst of focusing on so many things, other than God. Friend, whoever you are, and for whatever reason you’re reading this, I want you to know that God is pursuing you. He has never stopped pursuing you.

He is pursuing your mind, and your heart, and quickening your spirit. Even when you are ever so close to God, even still, He pursues you. And even if you are so far removed from Him that you think, He could never take me back, I promise you, He’s already right there, pursuing you.

Maybe, just maybe, it’s us who need to stop running from the pursuit. Because this pursuit is one that you don’t want to run from.

Embrace it in all it’s glory, in all your mess. Because grace sure can be messy, but oh, how beautiful it is to finally be caught up by the God who relieves our burdens, gives us peace, and loves us no matter where we are.

And maybe, just maybe, He’s been speaking to you all along . . .

Want to listen to the sermon I talk about in this blog post?

Click here to go to the sermon page, and then click on the sermon titled
“Struggling to Hear” 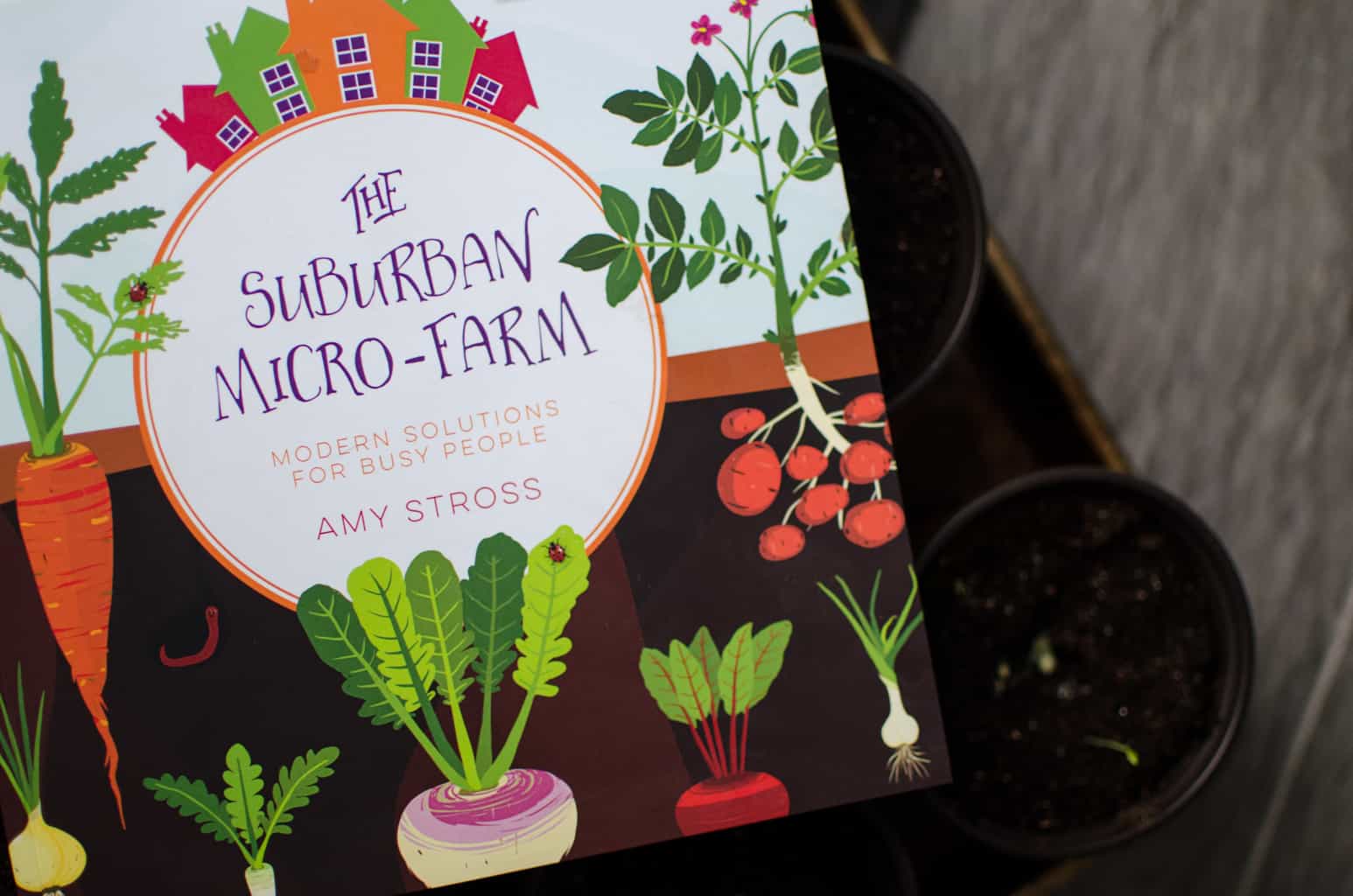